Falken Motorsports has announced that it will send two Porsche 911 GT3 R and a stable of eight drivers to the Nordschleife for the annual 24-hour race and select Nürburgring Endurance Series (NLS) rounds.

The driver line-up for Falken’s 2022 programme is once again a strong mix of youth and experience spearheaded by Falken regulars Klaus Bachler, Sven Müller and Martin Ragginger.

Bachler has been racing for Falken since 2017 and was part of Falken’s maiden overall win at the Nordschleife in 2018 in the NLS (formerly VLN) together with Ragginger.

Ragginger is an integral part of the team. The Austrian has been competing with Falken at the Nürburgring since the team became a Porsche customer team in 2011. This year, Ragginger will embark on his 12th Nordschleife campaign and still has his sights set on an overall win at the Nürburgring 24-hour race.

The same applies to Porsche factory driver Sven Müller, who has also been part of the Falken squad for several years. The 30-year-old has multiple podium finishes with the team, most recently at last year’s season finale when he narrowly missed out on overall victory together with Martin Ragginger. 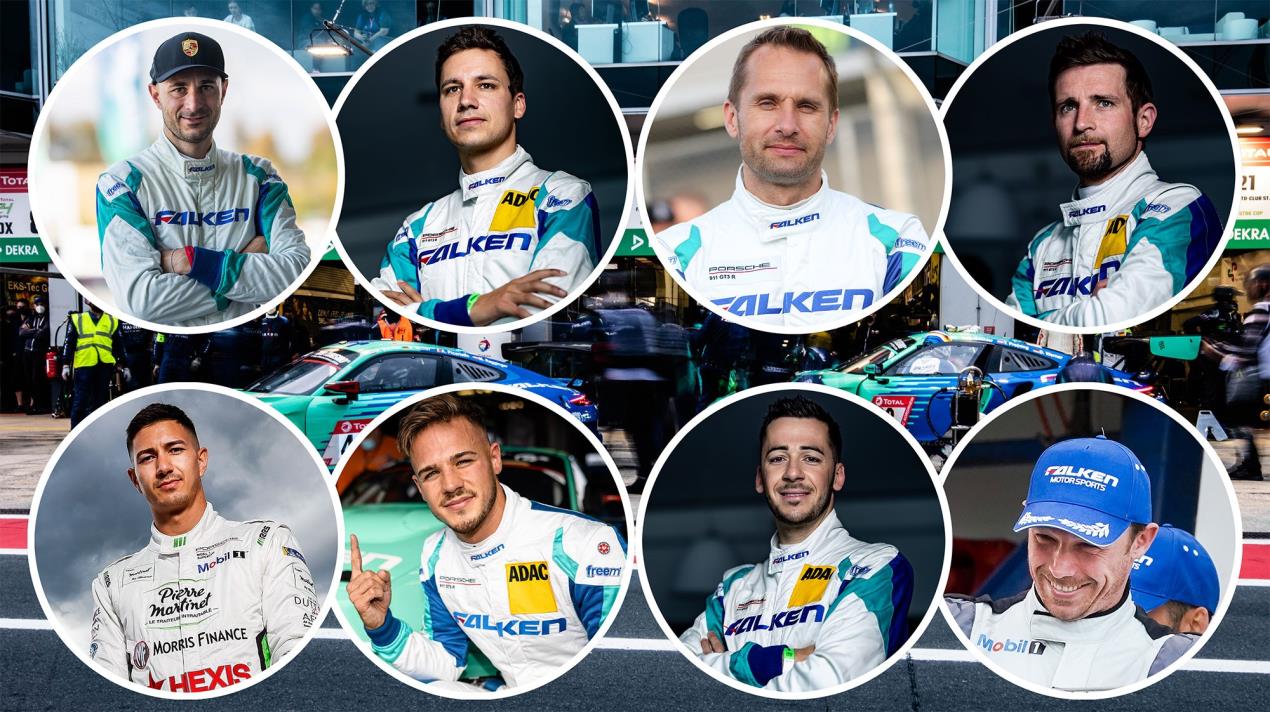 These Falken regulars will receive support from five other hugely successful GT drivers during the year. One of them is team newcomer Jaxon Evans, who obtained his Nordschleife racing permit last year. While the New Zealander is new to competing at the Nürburgring, he has a wealth of experience racing with Porsche around the world.

In recent years, Evans has been successful in single-make competition including the Mobil 1 Porsche Supercup, a support series of the FIA Formula 1 World Championship.

Porsche development driver Lars Kern continues his relationship with Falken in 2022 after joining the team at the end of the 2021 season. At home on the Nordschleife, he has set numerous lap records on the ‘Green Hell’. Belgian Alessio Picariello also returns after competing with Falken last year in the NLS and making his Nurburgring 24 Hours debut.

Frenchman Patrick Pilet and German Macro Seefried complete the line-up. Pilet is hungry for more success with Falken after achieving a strong set of results two years ago with the Japanese tyre manufacturer. Seefried shares the same level of ambition upon returning to the team.

Widely considered a GT3 specialist, he has already competed in a variety of cars on the Nordschleife – including a BMW M6 GT3 entered by Falken Motorsports in 2017.

The driver line-up will vary over the course of the season and will be announced before each race. The start of this year’s Nürburgring Endurance Series season is scheduled for 26th March. The highlight of the year, the legendary 24-hour race at the Nürburgring, will take place from 25th-29th May.