The return of off-road rally legend Edd Cobley will see him compete in the British Cross Country Championships in June. 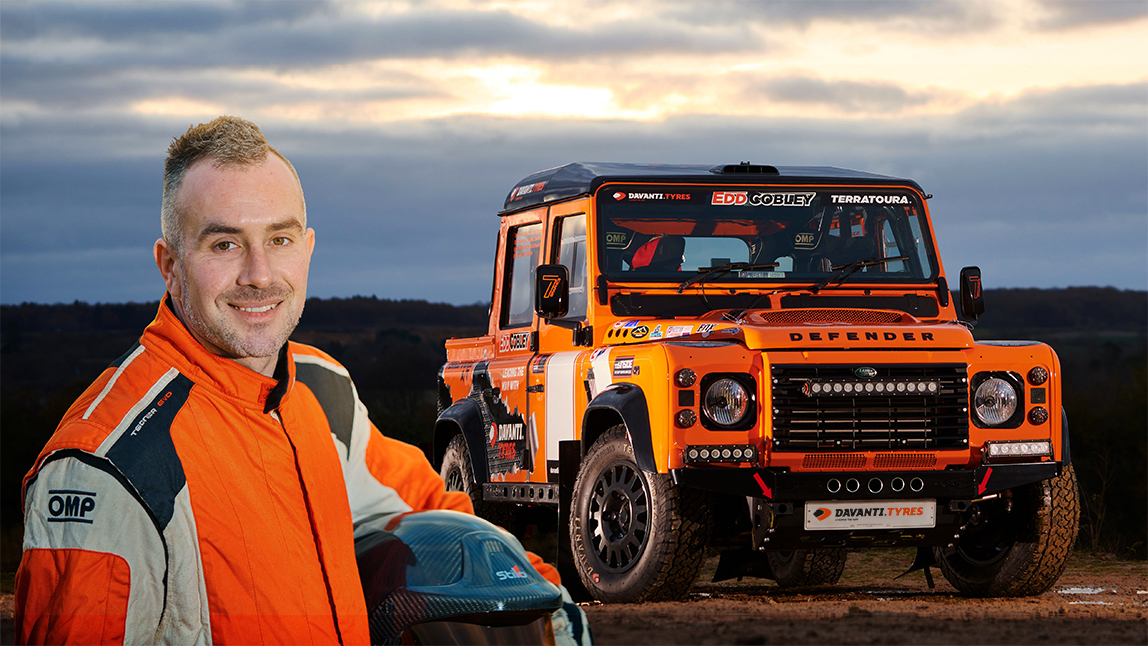 And Edd – one of the faces of Davanti’s ‘Make It Happen’ campaign – has his sights set on the British Cross Country Championship title.

“I’ve waited a long time for this,” he said. “I’ve built Skippy 2.0 to win titles and that’s my plan, plain and simple.

“Choosing Terratoura A/T tyres for this made perfect sense. I’ve been working with these tyres for a couple of years now and I know exactly how well they perform no matter how extreme the challenge.

“Every driver knows that tyre choice is critical. They are your sole point of contact. When you are hurtling around a loose, unpredictable off-road rally course at speed you are even more dependent on them. You need full confidence in your tyres to push everything to the limit and I can honestly say, I trust Terratoura.

“My target is to win the championship. That’s why I have insisted on working with the best engineers and parts suppliers, like Davanti, to get Skippy 2.0 ready for action.

Davanti Tyres director of sales and marketing for the UK and Ireland Sean Maddocks is looking forward to seeing the Terratoura A/T battle-tested by Edd in race action.

“It’s an incredible place to be,” he said. “When we launched Terratoura A/T as an all-purpose all-terrain tyre we never considered it as a race tyre.

“But Edd has put it through some incredible off-road tests at the East of England Land Rover Centre over the last few years and it has comfortably conquered them all.

“Recent tests at race pace with Skippy 2.0 have also shown Terratoura A/T to be well suited to off-road racing. All that remains now is to enjoy watching Edd launch his campaign!”