Doublestar, which now owns 45 per cent of Kumho and has assumed the role of controlling shareholder, continues to expand its production capacity. 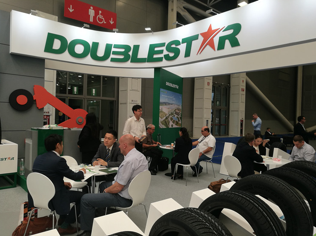 I read in the European Rubber Journal that Doublestar is planning to build a new plant in Algeria with an annual capacity for two million truck and bus tyres and 5 million passenger car tyres.