In a newly released video, Edd celebrates how Terratoura sets itself apart from other all-terrain rivals. 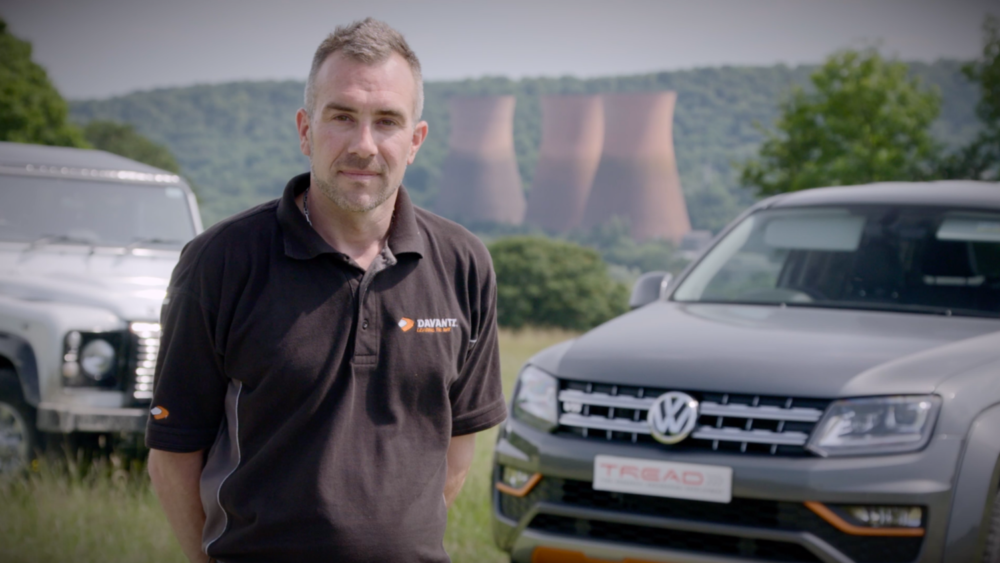 Having won the Defender Challenge in 2014, 2015 and 2016 and also the Hill Rally Championships outright in 2015, Edd reveals he plans to run on Terratoura when he returns to racing with his own custom-built racing Land Rover Defender 110 doublecab.

“I’m really looking forward to racing with Terratoura,” he said. “Davanti have spent nearly two years developing the tyre from arctic conditions in Finland to searing heat in IDIADA in Spain and it’s been benchmarked against some class-leading tyres.

“Across all surfaces, the snow, the sand, the rock, it doesn’t just compete, it excels.”

Edd, who combines off-road rallying with running the Land Rover Experience East of England in Corby, first encountered the Terratoura when Davanti held a customer testing day at his off-road facility.

Driving the course in both Land Rovers and Ford Rangers on Terratoura tyres and a premium rival gave Edd the chance to compare performance directly and he took the decision to go with Terratoura for his next championship effort.

“It is very versatile,” said Edd. “The ability to clear the tread pattern, even at very low speed, is hugely impressive. The predictability of the steering, the side carcass of the tyre and its inputs and outputs really stood out for me.

“It reacts like a road tyre on the road and it’s all-terrain capability off the road is second-to-none.”

Edd has now been named Terratoura’s first brand ambassador and Davanti Tyres General Manager Peter Cross said the opportunity to work with someone so deeply ingrained in off-roading was a huge boost for Terratoura.

“What impressed us the most was that Edd asked us,” Peter Cross said. “He understands off-roading at a different level. Racing in those conditions and even taking regular Land Rovers to their limit day-in, day-out, that takes a real understanding and knowledge not just of tyre performance, but of how every aspect of an off-road vehicle has a role to play in its off-road capability.

“When he approached us to discuss working with – and racing on – Terratoura we were thrilled and we are looking forward to seeing what he can do with them in the competitive arena.”