Davanti Tyres has extended its partnership with Mini Challenge Champion 2021 Dan Zelos. The 23-year-old is soon to return to the track for this year’s Mini Challenge competition, which kicks off at Donington Park on 22nd April.

He will now be firmly integrated into the BTCC flagship touring car programme, becoming first choice to step up in place of any of the team’s regular drivers should they be unable to compete. 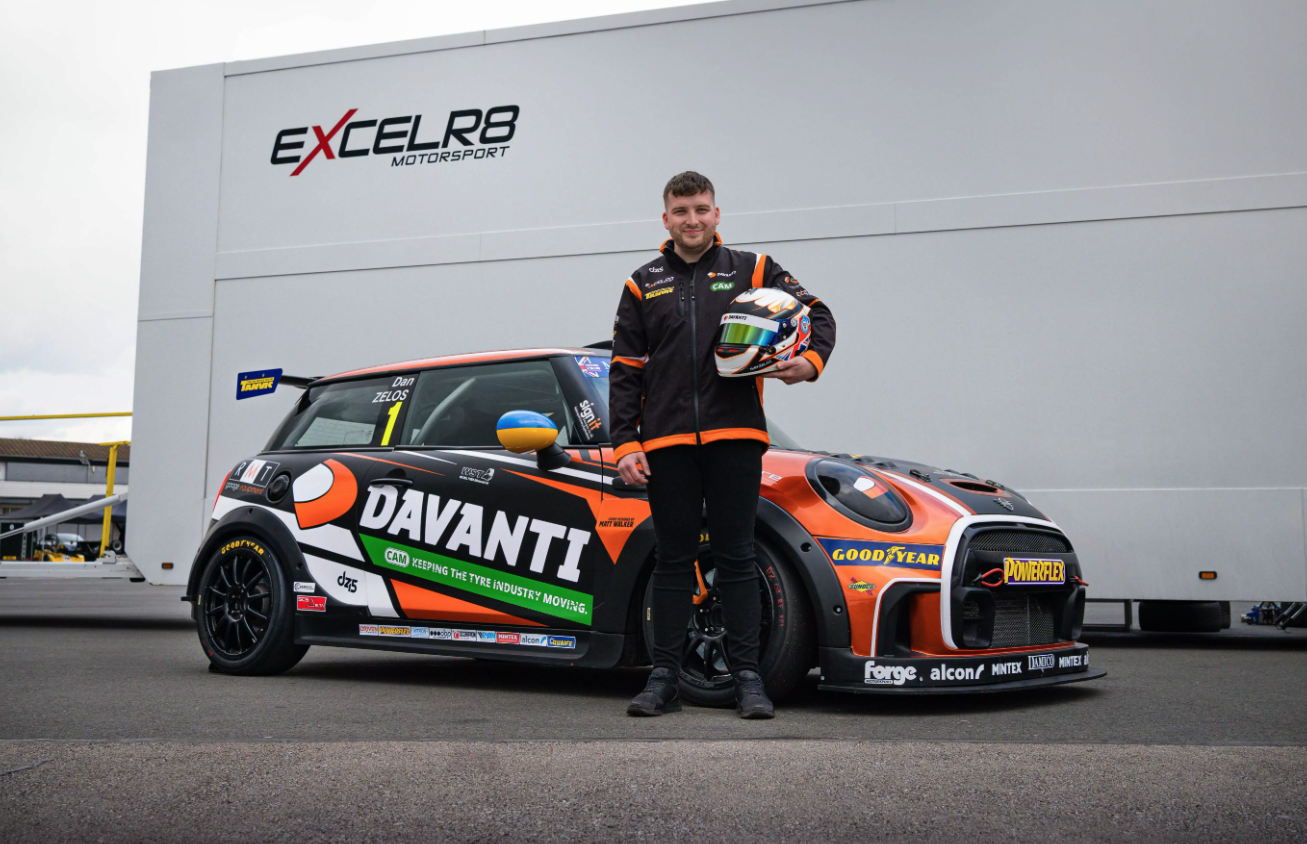 As part of the appointment, Zelos will have the opportunity to take part in two complete test days in EXCELR8’s Hyundai i30N Performance, as well as extensive time with the BTCC team during race weekends, where he will be able to further hone his experience.

Zelos said: “EXCELR8 feels a bit like my motorsport ‘family’ now. I’ve been with them since 2019, and over the past couple of seasons, I’ve gained invaluable insight and experience from the time I’ve been able to spend with the team’s BTCC drivers and engineers.

“I’m really looking forward to strengthening that relationship this year as EXCELR8’s official BTCC Reserve Driver, and to putting all my newly-acquired knowledge to good use when I finally climb into the cockpit of the Hyundai i30N.”

He added: “It’s no secret that the BTCC is where I ultimately want to be, and I feel very privileged to get to play an even bigger role in the championship now as it enters its hugely exciting hybrid era.

“Alongside that, obviously, I have another very important job to do this year. Winning the MINI Challenge last season was the highlight of my career so far, but the competition looks set to be stronger than ever in 2022. That means retaining the title will be an extremely tough task – but that’s 100 per cent my goal and I’ll be giving it everything I’ve got to achieve it.”

Sean Maddocks, Davanti Tyres sales director for UK & Ireland, said the brand was “proud” to be backing Zelos once again this season, as he prepares to return to the Mini Challenge in his Davanti-branded livery.

“It’s fantastic to see how Dan’s motorsport career has accelerated over recent years. His commitment to progression and his determination to achieve his goals is inspiring. We can’t wait to see how he performs this season,” he said.

Commenting on the Davanti partnership, Zelos added: “To be able to carry on my motorsport journey with Davanti Tyres is an honour. They have supported me all the way to the title last season and I’m looking forward to continuing Leading The Way in 2022. Without them this dream I am living wouldn’t be possible.”