Racers need to race and, as the pandemic continues into 2021, Mini Challenge ace Dan Zelos will return to the track on January 16 in the championship’s official eSeries.

The Dereham ace, who finished second overall in the real Mini Challenge Championship last season, will join the second season of the Mini Challenge eSeries, racing against real-life rivals and some of the most skilled sim-racers in the eSports world.

Dan will pilot his exclusive Davanti Tyres-branded Mini around virtual versions of every circuit on the 2021 calendar from his own home, where the Virtual Reality Racing Club (VRRC) have supplied a race simulator to run on the Asseto Corsa sim platform. 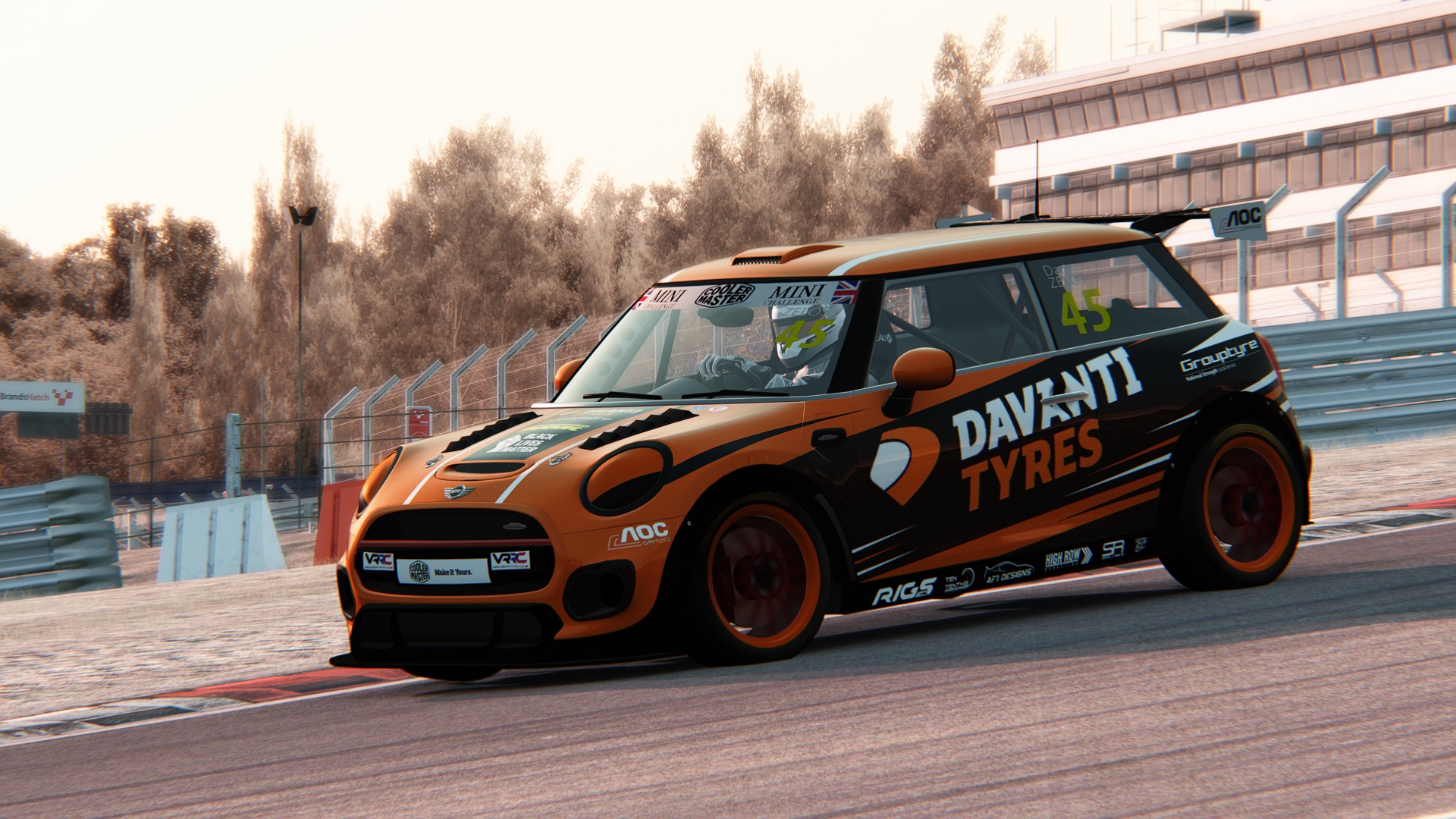 “Adding a race simulator to my training and preparation has long been something I have considered,” he said. “With the ongoing effects of Covid preventing physical testing, this was the right time to go for it.

“Not only will it allow me to familiarise myself with tracks that I may not have driven for a while, it also puts me into a competitive scenario to hopefully keep me sharp with one eye on the forthcoming race season.”

Races are broadcast on Youtube and Facebook Live with full commentary and highlights are broadcast on Amazon Prime. Using the latest technology the simulator rigs replicate all the undulations, camber changes and nuances of the real-life tracks.

“I’ve always been old-school – walking the track, going over video – so using the simulator has taken a bit of getting used to,” said Dan. “The feedback from the rig through the wheel and pedals is very realistic.

“There are a few differences. You can get away with a little more in the sim, for example, you don’t need to take as much care of the gearbox! There is also not the element of risk. If you crash out there are no serious consequences.

“But it’s going to be great to go up against old rivals Max Coates, Isaac Smith and Max Bird and also maybe build some new ones with the eRacers!”

“This is new territory for Dan and for Davanti,” said Davanti Tyres Sales Director for the UK and Ireland Sean Maddocks.

“The world of eRacing attracts huge audiences, both from within the traditional racing community and with those who love eSports. Season one was a huge success and we are proud to back Dan as he joins for Season two.”