HomeBrandsDavantiDavanti a huge success at Reifen

Having only been formed for 12months, UK based Davanti tyres was making itsdebut at the Reifen Show in Essen to capitalise on the company’s highly progressive and swift elevation to become one of Europe’s most dynamic and successful new tyre manufacturers. 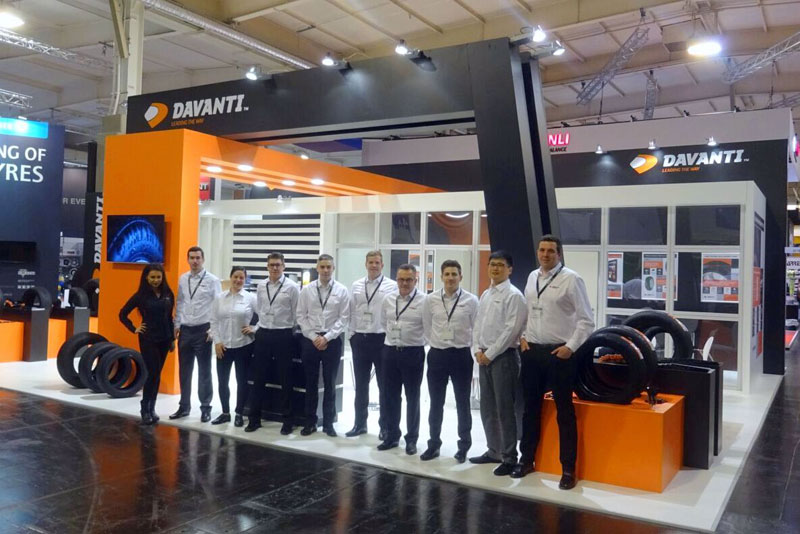 The main priority for exhibiting was to introduce and showcase the Davanti brand to interested visitors from throughout Europe and the world who were experiencing the sheer quality of the range for the very first time.

On display were the DX390 tyre for smaller cars and the DX640 Ultra High Performance pattern plus the recently released DX740 SUV tyre which sets new standards in road noise and fuel efficiency in the sector. Whilst the new DX240 has been specially designed for the increasingly popular Super Mini market.

At the same time Davanti were using the Reifen event to take their first ambitious steps into the winter tyre market with the launch of their all new Wintoura range which is now available in three equally distinctive patterns – the Wintoura+™ for larger vehicles and SUV’s for the PCR, UHP, SUV and Van sectors along with the Wintoura™ winter pattern for compact and smaller cars and Wintoura™ Van range for commercial vehicles to combat cold weather conditions.