HomeBrandsPirelliCronin makes it a hat-trick on home soil

Based in Armagh, the second all-asphalt round of the UK’s premier rally series challenged crews over 14 stages totaling 122 competitive miles. Competitors utilised a mixture of 15-inch to 17-inch RX7, RX5 and RE7 Pirelli tyres. The RX7 is a medium compound tyre for dry conditions, while the RE7 is for dry and damp conditions but can be used as a full wet option. The N3 was also available in 15-inch size for wet conditions.

Driving a Citroen DS3, double British champion Cronin and co-driver Marshall Clarke led from Friday’s opening stage. By the overnight halt, Cronin had carved a 55-second advantage over second-placed Elfyn Evans. Wet roads made for difficult driving conditions on day two but a polished performance from Cronin enabled the Irishman to edge ahead and secure his third consecutive win this season.

Evans, who like Cronin is a former Pirelli Star Driver, held his position throughout the two-day event and his fifth class win this season has secured the 23-year-old with the Fiesta SportTrophy UK title as well as the class 6 title.

Claiming a second podium for Citroen was Osian Pryce, finishing just 5.4 seconds in front Jonathan Greer in a similar car. After his sterling performance at the wheel of a DS3, 19-year-old Pryce was presented with the coveted Pirelli yellow jersey and a nomination towards the end-of-season Pirelli Star Driver shoot out.

Current Pirelli Star Driver Jukka Korhonen was inside the top 10 with just three stages remaining when the Finnish driver was forced to retire following a broken driveshaft on his TEG-prepared Skoda Fabia R2. Despite the setback, the 27-year-old still holds a top 10 position in the overall standings as well as third place in the highly-competitive R2 class.
“The conditions in Northern Ireland were some of the hardest I’ve experienced,” said Korhonen. “For sure, it’s disappointing to retire so close to the finish but we have to remain positive as we learned a lot from driving in those sorts of conditions. Plus, it was only our second competitive outing on asphalt. I’m looking forward to getting back on gravel for International Rally Yorkshire next month, and will be aiming for a class win to end our fantastic season on a high.”
A double podium for Citroen has consolidated the French marque’s position at the top of the manufacturers’ standings with 183 points. Ford holds second with 151 points, and Renault lies third with 133 points. In the drivers’ standings, Evans and Cronin share the top spot with 78 points apiece. After Tom Cave’s sixth place finish, the 20-year Welshman lies third with 74 points. 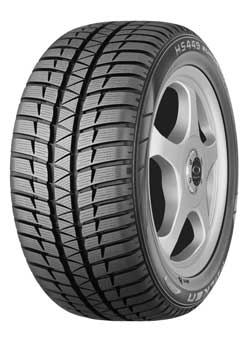 Matthew Corby, Pirelli UK Motorsport Operations Manager, said: “The variable weather meant the road conditions were constantly changing and could catch out the most experienced drivers on the wrong choice of tyres. Heavy rain hindered several crews at the end of Friday’s stages and Saturday morning rain also made the roads very slippery but we were very impressed and very pleased with how our Pirelli tyres withstood the challenging conditions.”
Corby added: “Obviously we are disappointed for Jukka but we must remember that this was only his second time driving on asphalt and the retirement was out of his control. Elsewhere, it is extremely exciting that the championship title will go down to the final round. Elfyn, Keith and Tom will all be fighting it out for the 2012 crown in Yorkshire next month as the championship gears up for an extremely exciting finale.”
The final round of the 2012 Pirelli-supported MSA British Rally Championship, International Rally Yorkshire, is based in Scarborough from 28-29 September. Drivers will also have the opportunity to score 50 per cent more points so there will be all to play for.