The FIA World Rallycross Championship and RX Lites series, racing on Cooper tyres, will be back in action in Canada this weekend.

For 2015, Cooper Tire Europe became the sole tyre supplier for RX Lites – the main step-up to World RX for young drivers – as well as supplying the World Rallycross Championship. Supporting at a third of World RX rounds this year, RX Lites gives the young-guns an opportunity to show their raw talent in the 300bhp RX Lites cars which have half the power of a World RX challenger. 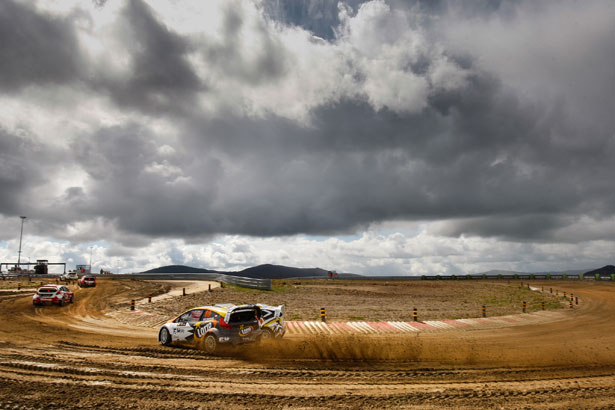 Underscoring their link between the two championships, and to highlight the importance for upcoming drivers to learn the tyres in a feeder series first, Cooper Tire has launched a new video:


Heading to Canada, Paul Coates, General Manager – Motorsport, Cooper Tire Europe, said, “We are proud to be supporting both championships this year, being able to offer RX Lites drivers the opportunity to work with our tyres as they enter the sport.

“After the journey across the Atlantic Ocean for this round, the Cooper rallycross control tyres will be fitted up by our American service operation and face the challenges of this season’s only street circuit race.

“The tyres really do go from the rough to the smooth here with a jump added in for even more action. The quick tarmac sections really work the tread compound and we can easily see temperatures of 100°C but the quick transition to a fine dirt helps keep temperatures under control. However, the combination of tight narrow corners and high speeds can easily result in an impact and a broken rim can be the result.”

Home to the famous Grand-prix de Trois-Rivières, the Trois-Rivieres circuit has been in existence since 1967. Since then the circuit has played host to NASCAR, Canadian Touring Car Championships, the Canadian GT Supercar Championship, the Porsche GT3 Ultra94 Canada Challenge Cup and the Formula Tour 1600. In 2014, World RX made its debut in Canada at this circuit with drivers racing on Cooper product.

Canada is the seventh round of the 2015 FIA World Rallycross Championship, and will host the fourth event on this year’s RX Lites calendar.

Reigning World RX Champion Petter Solberg is dominating this season with 159 points, followed by Johan Kristoffersson on 115 and Andreas Bakkerud with 113.