The 2019 Continental Tyres National Adventure Race Series (NARS) male and female champions were announced at an awards event this week. The Continental Tyres National Adventure Race Series is a multisport event that includes, running, cycling and kayaking in some of Ireland’s most spectacular locations. The series began in March of this year at Quest Kenmare and there have been 11 events in the series overall from Dingle to Donegal and from West Cork to Glendalough.

The top-placed men and women participants beat off huge competition claiming maximum points during the 2019 series and were honoured at an awards ceremony where they received their trophies and winners’ prizes.

The top three winners in each category male and female (12 total) each received a mix of prizes for their efforts including a Best Drive by Continental car tyre voucher, a pair of premium Continental GP5000 road bike tyres and trail shoes with Continental’s rubber soles, ideal for more challenging trail running conditions from adidas footwear. 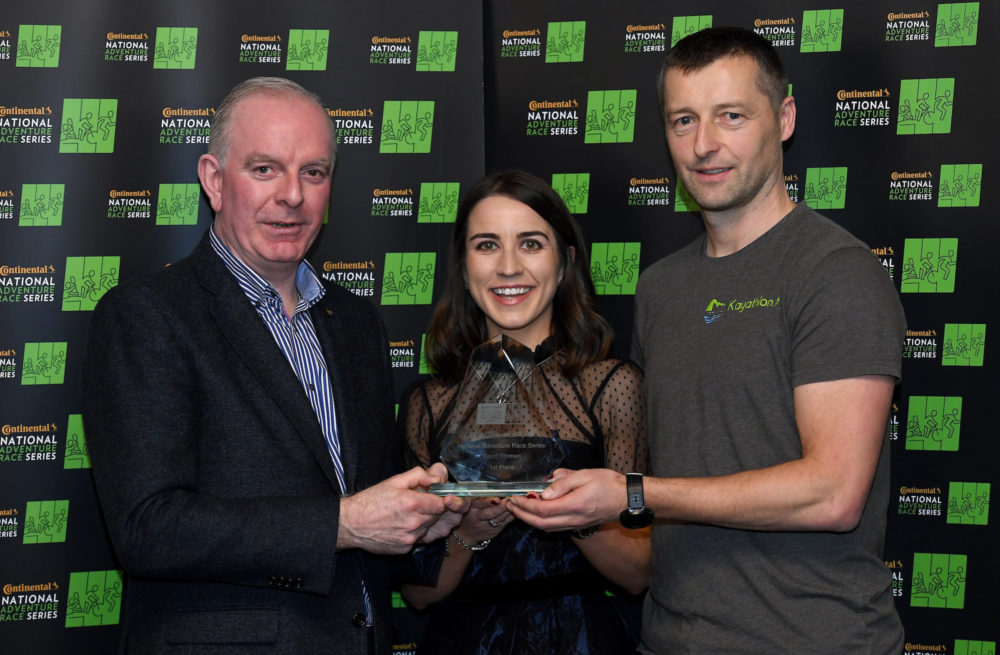 Lisa Clerkin from Cavan is presented with her 1st place Sport Woman’s trophy by Tom Dennigan, left, from Continental Tyres, and Padraig O’Connor, from Kayathlon Ireland. 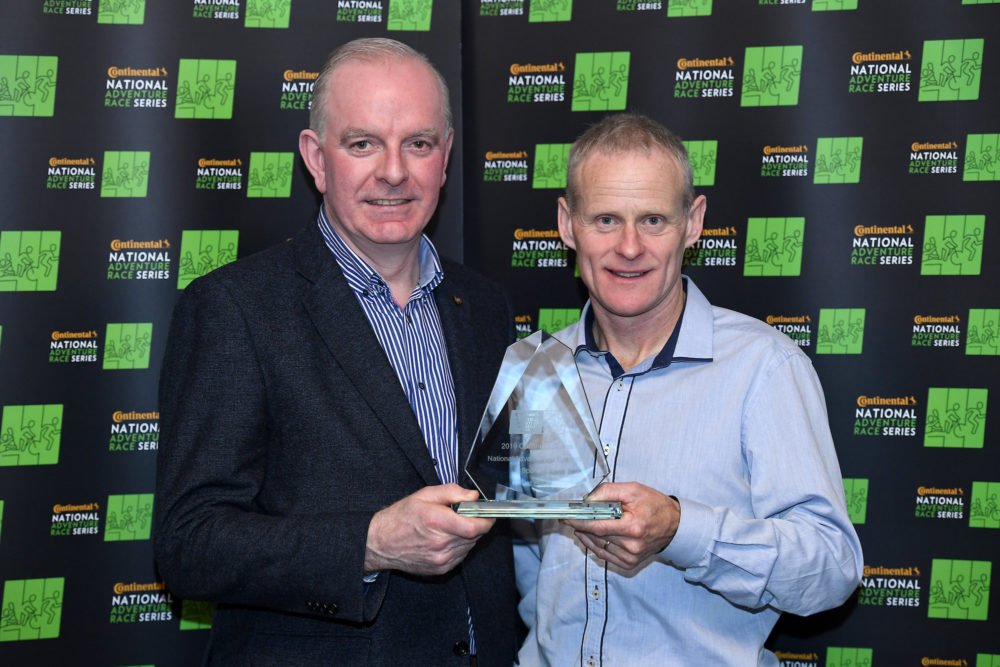 Philip Smith from Cavan is presented with his 1st place Sport Man’s trophy by Tom Dennigan from Continental Tyres,

Speaking at the NARS winners’ event, Tom Dennigan of Continental Tyres Ireland said: “Continental Tyres is overwhelmed with the success of their first year partnering with the National Adventure Race Series as the first official sponsor of this incredible multi-sport series. Our drive for excellence and pushing limits is in keeping with the great achievements of the winners here today.

“It is our desire to work with the adventure racing community to help enhance interest and participant numbers in a sport that visits some of the most picturesque parts of this country. The sport itself demands the best grip by way of shoes and tyres for ultimate safety on the roads and Continental are experts in those areas of safety and grip”.