Continental has launched dimensions of the AllSeasonContact tyre for the first time with a rolling resistance class A rating – the best possible rating for the EU tyre label.

Four out of the five tyre sizes bear an XL identifier, so they can carry heavier loads. This combination makes the tyre the ideal retrofit option for electric vehicles, as it can carry the higher average weight and extend the range of EVs. 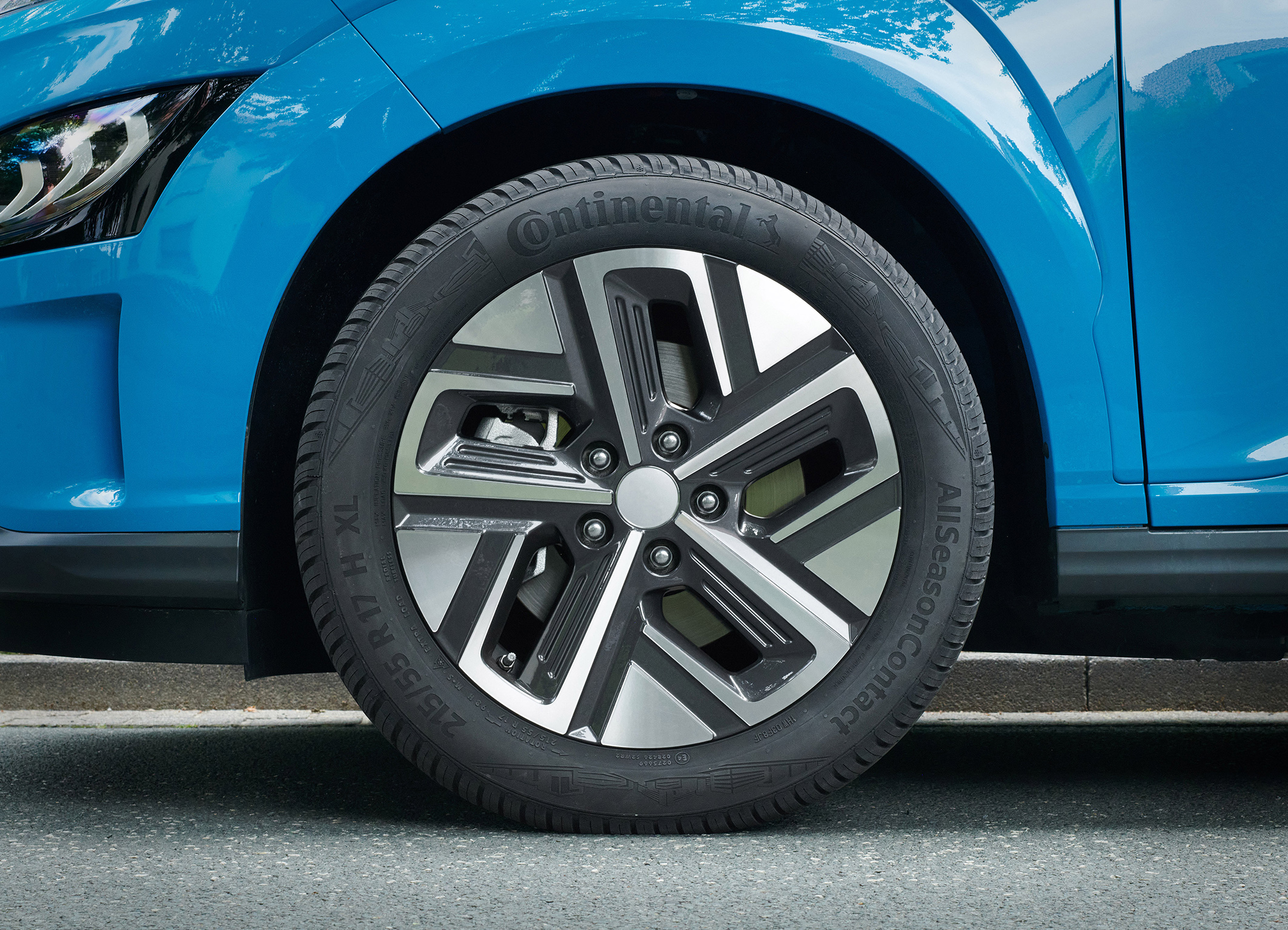 Continental says it is initially presenting the AllSeasonContact tyre with rolling resistance class A in five sizes that can be used to retrofit popular electric vehicles such as the Hyundai Kona Electro, Kia e-Niro, Peugeot e-2008 and Opel Mokka-e for year-round use.

“We’re convinced that there is no one-tyre-fits-all solution for all-electric vehicles,” says Andreas Schlenke, tyre developer at Continental. “Instead, we have been working for over a decade on developing our existing portfolio so that it meets the requirements of all EVs and at the same time can sustainably reduce emissions from combustion vehicles as well.”

“We’re proud to be one of the first tire manufacturers to successfully optimise the rolling resistance of an all-season tyre significantly without any loss of safety,” he added.

Most of the AllSeasonContact portfolio already has the very good rolling resistance B rating.

Low rolling resistance also has positive effects for combustion vehicles. It reduces CO2 emissions and consumption, which cuts fuel costs. At the same time, fleet operators can save on expenses for tyre replacement and storage by using all-season tyres.

Continental has already received approvals for the AllSeasonContact with rolling resistance A for the VW Transporter and Caddy as well as the Jeep Compass. For all models, the tyre can also be retrofitted via dealers.

The AllSeasonContact combines elements of Continental’s Premium summer and winter tyres. In the all-season tyre test conducted by AutoBild (September 2020), the tyre was rated “exemplary” for its all-round capabilities and good price-performance ratio.

Overall, the all-season tyre is available in 142 versions, with widths between 155 and 275 millimetres, cross sections between 70 and 35 per cent, and rims with diameters of 14 to 20 inches. Continental recommends an expert inspection of all-season tyres at least once a year for possible damage and wear.