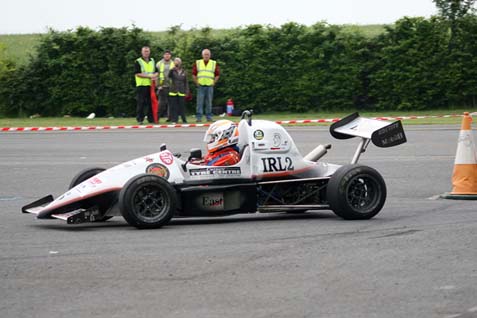 Rounds 7 & 8 of the Connaught Competitions Engines Hillclimb and Sprint Championship were held by Carlow Car Club over the weekend.

Tis year saw a change of venue for Saturday with a challenging new course at Kilrush Airfield. Sylvie Millins took the honours on Saturday in his 600 HP Gould.

Round 8 of the Connaught Competition Engines Hillclimb and Sprint Championship started in semi-wet conditions on Sunday but as the day wore on the heavens opened and the event remained mainly wet.

Mullins fresh from his victory in Athy was again at the head of proceedings after Run 1. The 600 hp Gould proving quite a handful in the wet conditions. Paul O’Connell was behind him in the Pilbeam, running slicks as usual which made finding grip a challenge on the wet high speed course. As the day went on,

Carlow Car Club decided to stop the event after 3 runs just as the course was drying out. John Byrne in the Jedi and Mullins were among the last single seaters to go out on run 3 and it was John Byrne in the 1100cc Jedi that put the bigger power cars to the sword, finishing well ahead of Mullins and demoting O’Connell to third position.

It was an outstanding drive and John Byrne’s first championship victory. 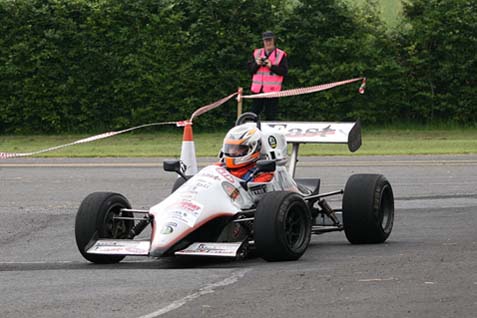