One of the main causes of vehicle breakdown on the roads are tyre-defects, leading to lengthy delays and creating further risks for fellow road-users, according to tyre safety organisation, TyreSafe. Many of these could be avoided if drivers ensured they were ready for the trip ahead, by performing some simple-to-remember checks that should be as
Read More

TyreSafe, the UK’s tyre safety charity, has announced substantial support for the national roads policing initiative to increase awareness of tyre safety to motorists on Britain’s roads. This will begin with the charity’s handover of 2,000 digital tread depth gauges for use by traffic officers across the country when they conduct stop checks at the
Read More 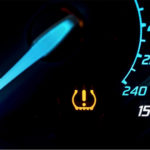 UK tyre safety organisation, TyreSafe is reminding drivers not to rely solely on tyre pressure monitoring systems (TPMS) to ensure their tyre safety. While this valued technology has been proven to improve road safety by advising of a change in tyre pressure, drivers need to check their TPMS is working and be aware that it
Read More 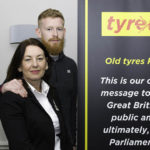 The Tyred Campaign for an outright ban of all tyres older than 10 years on commercial vehicles is gathering pace, with MPs nationwide and Labour Leader Jeremy Corbyn throwing their weight of support behind the campaign, The campaign is being run by Frances Molloy whose son Michael (18) died with Kerry Ogden (23) and driver
Read More 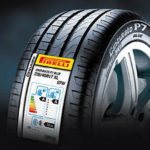 The Road Safety Authority (RSA) and the Sustainable Energy Authority of Ireland (SEAI) have issued a joint appeal, ahead of National Tyre Safety Day, which takes place on Wednesday, October 4 to urge motorists to check the performance label of a tyre before buying it.
Read More 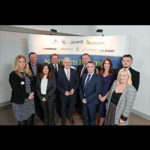 Hankook Tyres, distributed in Northern Ireland by Tyre Call (NI) Ltd has been confirmed as a category sponsor at the Northern Northern Ireland Road Safety Awards 2017, which recognise the contribution of individuals and organisations who have worked to improve road safety in their communities. The awards, which are now in their third year, are
Read More 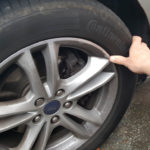 Recent statistics released by Applus, the company that oversees the National Car Test (NCT) in Ireland, show that poor tyre condition is now the leading cause of vehicles failing the test. According to German tyre manufacturer Continental Tyres, the alarming surge in tyre-related NCT failure is down to a high level of disregard among motorists
Read More 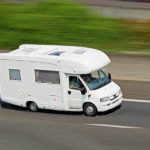 TyreSafe has unveiled new tyre guidance for motorhome users along with a unique pressure calculator at tyresafe.org. The essential information explains the differing types of tyres motorhomes are equipped with and the maintenance checks required to keep them in good roadworthy condition. This has been compiled into a downloadable PDF on the website, which includes
Read More 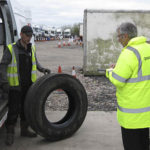 More than 4,000 commercial tyre technicians have been trained, assessed as competent and issued with a licence to work safely at the roadside across the UK since 2011, and the initiative is now gaining traction in Ireland. The Roadside Emergency Action Concerning Technicians (REACT) scheme in the UK, the brainchild of the National Tyre Distributors
Read More 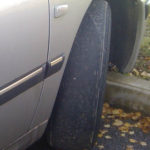 The National Tyre Distributors Association (NI) has released the results of 2017 tyre tread depth on replacement survey, which showed that in one week in March, members had removed 1,200 tyres from cars and light commercial vans that were already below the legal tread depth limit of 1.6mm. This follows on from a similar survey
Read More
National Tyre Distributor’s Association (NTDA) 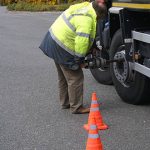 The Irish Tyre Industry Association (ITIA) has introduced a new initiative to ensure tyre fitters and repairers keep safe in carrying out their work on our motorways. The REACT (Roadside Emergency Action Concerning Tyres) initiative was launched recently with representatives from the Road Safety Authority, the Health and Safety Authority, Irish Road Haulage Association and
Read More
The Irish Tyre Industry Association (ITIA)
We use cookies to ensure that we give you the best experience on our website. If you continue to use this site we will assume that you are happy with it.OkRead more