Millennials in Europe want an eco-friendly future and see the benefits of sustainable vehicles in helping to deliver this.
Read More
Sports Utility Vehicles (SUVs) are becoming increasingly popular and having been around now for some while, as they get older, what were affordable to but a few are now affordable to many.
Read More

The members of the Association of Austrian Tyre Specialists (VRÖ) have voted Dunlop, Goodyear and Fulda in to first, second and third places in the truck category of the VRÖ Awards.
Read More

Goodyear Dunlop Tyres, has been voted Tyre Manufacture of the Year by members of the Irish tyre industry. The announcement was made at the inaugural Irish Auto Trade Awards ceremony held in the Citywest Hotel, Dublin on Sunday night and was attended by leading members of the Irish Automotive aftermarket sector.
Read More

Mondello International Racing Circuit recently hosted The Goodyear Dunlop Drive Premium event, designed to showcase its range of premium consumer tyres. In attendance on the day were over 50 key dealers and guests from around the country including Kevin Farrell, President of the Irish Tyre Industry Association.
Read More

Goodyear Dunlop, the premium tyre manufacturer has won a five-year contract with Eddie Stobart, one of Britain’s most well-known brands.
Read More 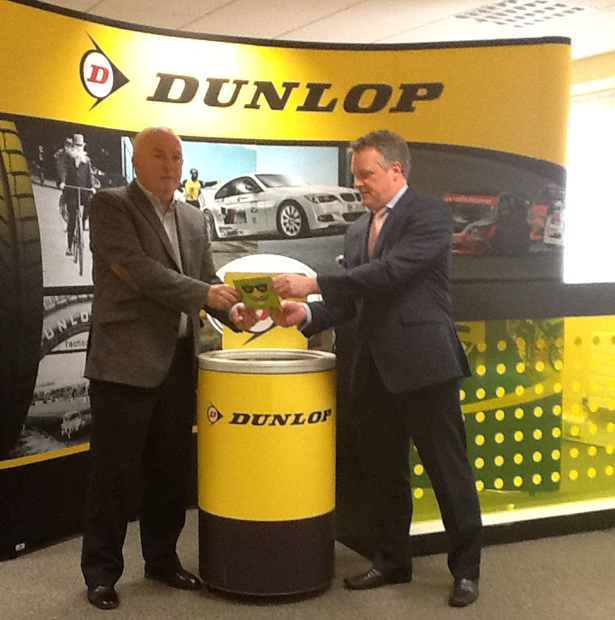 Goodyear Dunlop’s winter tyres have topped tyre tests carried out by Germany’s AutoZeitung Allrad. The magazine test is targeted at owners of 4×4 and SUVs and reinforces the benefits of fitting winter tyres to all-wheel drive vehicles as well as two-wheel drives.
Read More
Nick Harley, previously Sales Director at BP Castrol Lubricants, has joined Goodyear Dunlop UK & Ireland as Director, Consumer Tyres.
Read More
We use cookies to ensure that we give you the best experience on our website. If you continue to use this site we will assume that you are happy with it.OkRead more