Nankang is partnering with the popular Fun Cup series in the UK as the exclusive tyre supplier.
Read More

Nankang has signalled ambitious plans for a growing market presence by signing up for a major appearance at October’s Brityrex International exhibition.
Read More

Nankang has introduced a new tyre – the WF-2 SPORTIAC to expand its coverage of the two- wheel market.
Read More

Nankang has joined TyreSafe, the leading UK tyre safety organsisation. The latest addition to TyreSafe’s growing membership comes hotly on the heels of several other tyre retailers and manufacturers who have already joined this year, bringing the prospect of a year of record levels of participation and awareness about tyre safety issues.
Read More

Nankang Tire is sponsoring the Taiwan team, “Diguarion” which is participating in the Mongol Rally which gets underway in London on July 14 and concludes in Ulan Bator in Mongolia at the end of August.
Read More 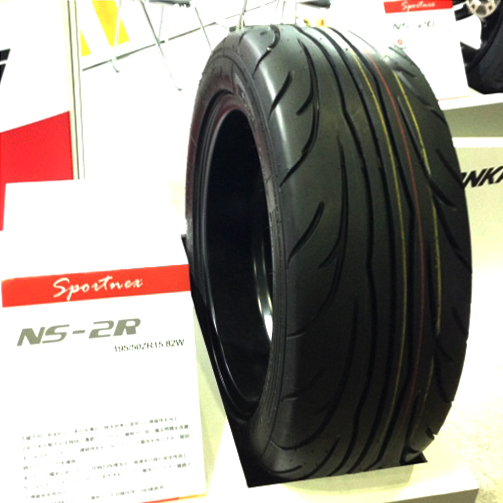 Nankang has unveiled its latest high performance tyre, the NS-2R at the 2013 Tokyo Auto Salon.  Nankang says the NS-2R delivers the highest levels of grip. Its optimised tread width increases stability while driving at high speed, while a large block on the tread shoulder delivers precise cornering and handling, Nankang says.
Read More

Nankang unveiled its new logo and a new catchphrase – Free Your Way, at the SEMA Show in Los Angeles recently. Nankang says the winding shape of the N in the new logo represents a never-ending passage,
Read More

Nankang has added to its winter tyre line-up with the release of the Winter Activa SV-55. The new SUV-specific tyre is available in 11 sizes for 16 to 20-inch rim diameters and in H, V and W speed ratings.
Read More