With immediate effect, Kyungtai Ju has been appointed the new President of Kumho Tyre Europe GmbH. He replaces Changrin Suk, who will return to Kumho’s Korean headquarters with responsibility for global sales. Kyungtai Ju has held a variety positions at Kumho, a company he has now served for almost 30 years. Commencing his career at
Read More

Kumho has enjoyed a successful working relationship with UK tyre distributor R H Claydon for some 20 years and has now appointed the company to handle its truck tyre distribution requirements for the UK. A third-generation family business, R H Claydon boasts full national coverage via six strategically-placed warehouses and will carry the entire range
Read More 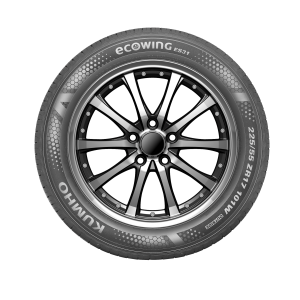 Consumers have varying priorities when replacing their car tyres. Price will always be a key factor, but while some drivers require optimum grip, others favour minimum wear or, long tread life) More and more are, however, selecting tyres of notably low rolling resistance, thereby saving money at the pumps and therefore the world’s natural resources
Read More

Kumho’s already comprehensive 4×4 tyre range has recently been further enhanced by the addition of the Crugen HP91 and Crugen KL33 SUV offerings. While there are numerous Kumho 4×4 products from which to choose, the majority of requirements will be covered by these fine new on-road products, plus the cross-functional new Road Venture patterned MT51
Read More

In a major presence at the upcoming international tyre fair – ‘The Tire Cologne’, May 29 to June 1 Kumho will be displaying its entire range of passenger car and truck tyres and revealing details of no less than four brand new products.  The company’s 387m² exhibition area (Stand No. B010 + C019, Hall 6.1)
Read More

China’s Doublestar Group and its subsidiary Xingwei Korea have signed contract to acquire a 45 per cent stake in Kumho through a €492 million private equity placement. Doublestar has therefore become Kumho’s ultimate controlling shareholder. The agreement has been signed with Kumho and its creditor representative Korea Development Bank. Kumho Tire manufactures a full range of tyres under the Kumho and
Read More

If you want a tyre that delivers reliability in all weather conditions, the SOLUS HA31 delivers performance every time, according to tyre manufacturer Kumho. The vast majority of new specification cars are delivered on what are classed as Summer tyres, which provide these vehicles with optimum performance for most of a typical year – in
Read More

BMW has elected to make the Kumho Crugen HP91 standard fit on the latest generation of its popular X3 model. Kumho tyres are already fitted to examples of BMW’s 1, 2 and 3 Series cars and the Munich-based motor manufacturer has now decided the HP91 is the right product for its mid-size SUV. The 245/50
Read More

Kumho Tire has appointed Changrin Suk, 59, as its new European President, and he assumes responsibility for the company’s European tyre business with immediate effect. Suk has amassed many years of international experience from senior positions within Korean companies. He spent more than 20 years at Samsung Electronics and seven at Nexen Tire. As CEO
Read More

Korean tyre maker, Kumho is set to under go a reconstruction, merger and acquisition, after its main creditor, the Korea Development Bank (KDB) confirmed on Wednesday, January 3, that it has set up three task forces to handle the restructure. The state-run bank and several other creditors had planned to come up with measures to
Read More