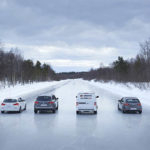 It’s been just over two years since Davanti first launched at Autopromotec in Italy and its growth and investment shows no sign of slowing. Originally launched across a limited range of 70 summer sizes, the Davanti range has now expanded to over 250 sizes/fitments including a newly released Wintoura winter tyre range. The Wintoura range
Read More
Davanti Tyres 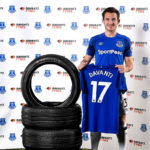 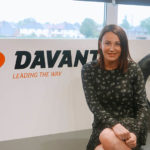 Davanti Tyre has appointed Holly Wood as its new PR and Media Manager as the next step in the company’s ongoing growth strategy. Holly brings a wealth of national and international public relations experience to Davanti having previously worked for various leading brands in the hospitality, construction and sports management market sectors. Her responsibilities include
Read More
Davanti Tyre 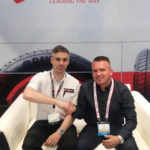 Following significant sales growth across Europe, UK based Davanti Tyres have now progressed into the Latin American region after only four years since being formed. The Davanti range was developed to sit within the mid to premium tyre market sector at a competitive price level with longevity and safety at the forefront of the product’s
Read More
Davanti Tyres 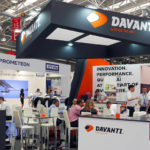 Having launched the brand at Autopromotec 2015, UK based Davanti returned to this year’s event having progressed significantly over the past two years. The company has extended its size range across the PCR, UHP and SUV market sectors, introduced new patterns, and built its presence into multiple regions across the globe. In fact it would
Read More 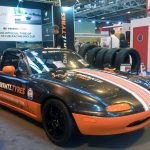 Davanti Tyres is set to become the official tyre sponsor of the 5Club Racing MX5 Cup for the 2017 and 2018 seasons. A perfect blend of performance, excitement and value, the MX5 Cup is a favourite among a growing number of car enthusiasts and serves as a perfect match for the uncompromising grip and performance
Read More 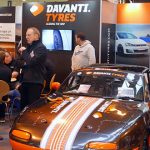 Merseyside based, high performance tyre specialist Davanti returned to this year’s Autosport International / Performance Car Show in January to capitalise on a very successful year in 2016. Established just over eighteen months ago this new dynamic brand has swiftly evolved into one of the most progressive and popular UHP tyre ranges in the UK
Read More
Autosport International / Performance Car Show 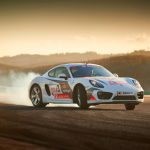 Davanti is partnering with the Autodromo Internacional do Algarve Racing School in Portugal. For the next two years all vehicles at the AIA Racing School, which include a Porsche Cayman S, Audi RS3, Audi TTS, Honda Civic Type-R and two Ginettas, will all be fitted with Davanti Tyres. All professional racing tuition, track experiences, and
Read More 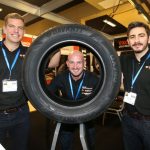 Davanti made a successful debut at the recent Auto Trade EXPO, at Citywest, Dublin. Sean Maddocks, Davanti Sales Director to the UK and Ireland commented:  “With Davanti still being a fairly new brand, we spent the last 18 months on a worldwide exhibition tour looking for potential customers and we were very impressed with the
Read More

Davanti will be showcasing its Performance Centre network, at the Auto Trade EXPO, at Citywest Exhibition Centre, Dublin this weekend. Davanti, a new tyre brand launched in 2015, is planning to increase the brand’s presence in Ireland by further strengthening its Performance Centre network. The Davanti team will be showcasing its full product range which
Read More
We use cookies to ensure that we give you the best experience on our website. If you continue to use this site we will assume that you are happy with it.OkRead more