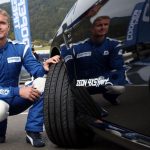 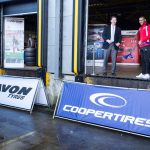 Cooper Tire Europe has opened a new 211,000-square-foot UK warehouse in Swindon, which has the capacity to store 400,000 tyres.   The Spectrum Building, designed by British architect Lord Norman Foster, first opened in 1982 and was used as a backdrop in the James Bond film A View To A Kill in 1984.   Cooper
Read More 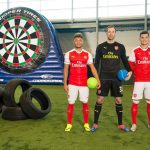 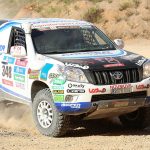 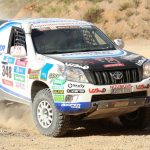 Daly Tyres is set to exhibit its exclusive brands: Cooper, Kenda and Rotalla at the Auto Trade EXPO, at Citywest Exhibition Centre, Dublin this weekend. Daly Tyres offers a next day delivery to all of Ireland and same day service to certain parts of the country. The company carries a comprehensive stock in all major
Read More

Cooper Tire has unveiled the Zeon RS3-G1, an exciting new all-season passenger car tyre for high performance vehicles and drivers. The RS3-G1 ushers in a new era for Cooper in terms of delivering breakthrough product that among other critical benefits, offers incredible grip, holding the road at up to 1g in tight corners with its
Read More

Cooper Tire Europe is sole tyre supplier and Associate Partner to the FIA World Rallycross Championship. The company has a very long and extremely successful history in the rallycross arena and is the rallycross tyre of choice for competitors across the world.  Cooper’s supremacy is thanks to its unique rallycross tyre composition, which offers unrivalled
Read More

Cooper Tire Europe will be attending Reifen, Europe’s leading tyre industry fair, with brand ambassador and Formula One grand prix winner, David Coulthard, 24-27 May.   Coulthard will be signing autographs at the exhibition on Tuesday 24 May on Cooper’s stand 3A14, located in Hall 3 at the Messe Essen, Germany.   Cooper Tire Europe’s
Read More