Bridgestone has launched its new semi-slick Potenza Race tyre, which it says has been homologated for public roads, but with performance focussed on track days.

Bridgestone claims its new Potenza Race tyre has also been engineered to provide outstanding longevity. Its advanced performance is enabled by a collection of new technologies in its tread pattern, construction and compound.

The tread design applies an asymmetric pattern, with differentiation between the outside and inside of the tyre to maximise cornering power and braking potential while still guaranteeing suitable usage on wet roads. 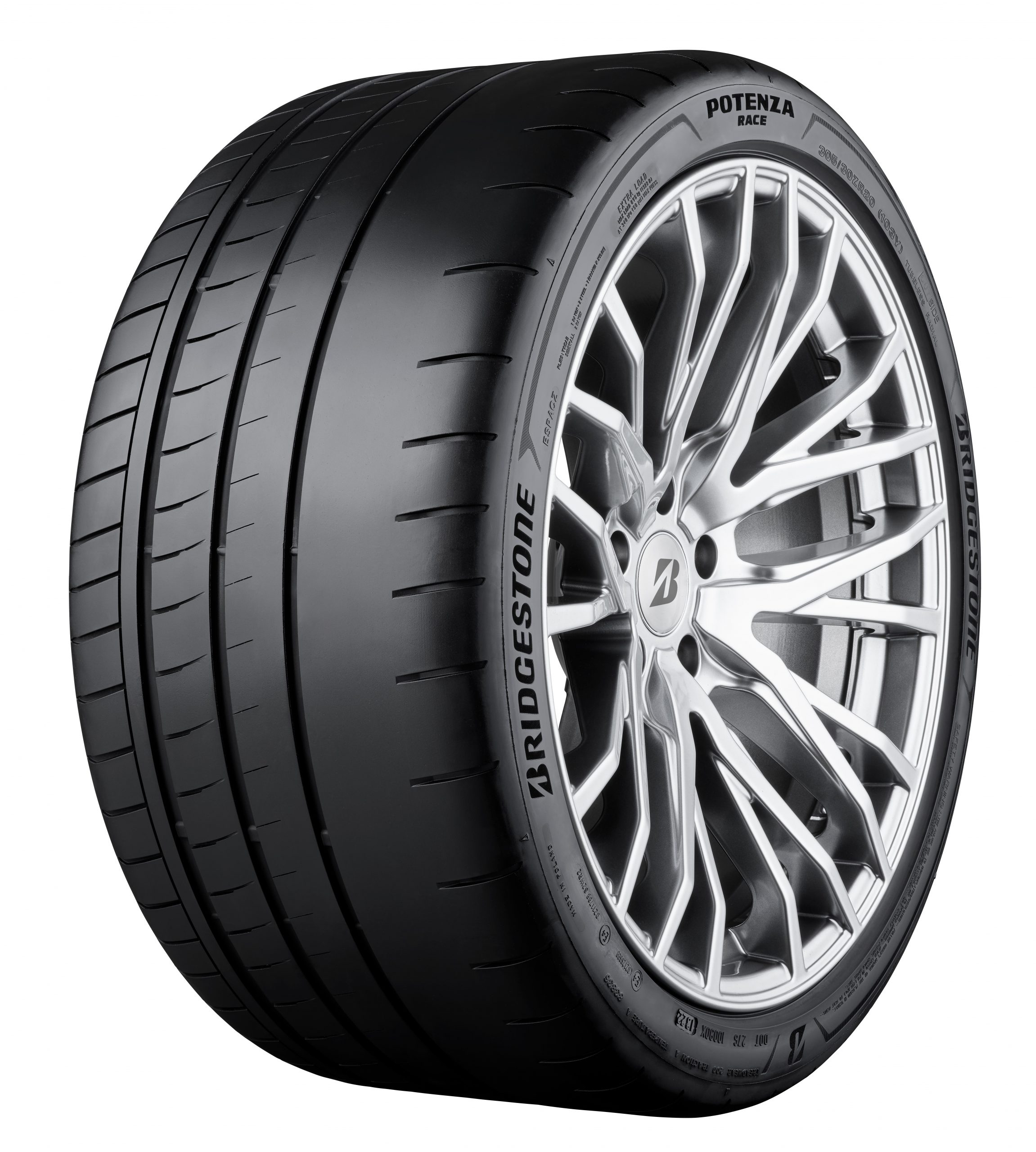 The Bridgestone Potenza Race also benefits from a new compound, with innovative mixing to improve chemical reaction control, balancing the reinforcing mechanism and rolling resistance. The result is an optimised formula for enhanced dry performance, with high stiffness that boosts dry cornering and straight-line stability.

The new Potenza Race has been developed using Bridgestone’s Virtual Tyre Development technology. This enables a digital version of an in-development tyre to be created and tested, helping Bridgestone to predict how a tyre will perform in different conditions before physically building prototypes.

As a result, Bridgestone says it can test far more variants in a virtual world, which cuts tyre development time by up to 50 per cent and delivers a host of environmental benefits including a reduction in raw material consumption due to the need for fewer prototype tyres and tests.

Commenting on the launch of the Potenza Race, Emilio Tiberio, COO & CTO of Bridgestone EMIA said the new tyre adds an additional dimension to the “iconic” Potenza range.

“The existing Potenza Sport has been an incredible success since it launched, and now the Potenza Race takes things a step further by offering unrivalled performance to track day enthusiasts,” he said.

“Many have already seen and experienced what the Potenza Race original fitments can do on the Lamborghini Huracán STO and Seat Leon Cupra – we’re thrilled to be bringing it to the replacement market for more drivers.”

Developed and manufactured in Europe, Bridgestone’s new Potenza Race will be available in 13 popular sizes between 17 and 20 inches from June 2022, supporting the hot hatchbacks and sportscars most commonly found attending track days.