A decade on from the first Dakar to be held in South America, the route of the 2019 event will form a challenging loop, beginning and ending in Lima, the capital of Peru. 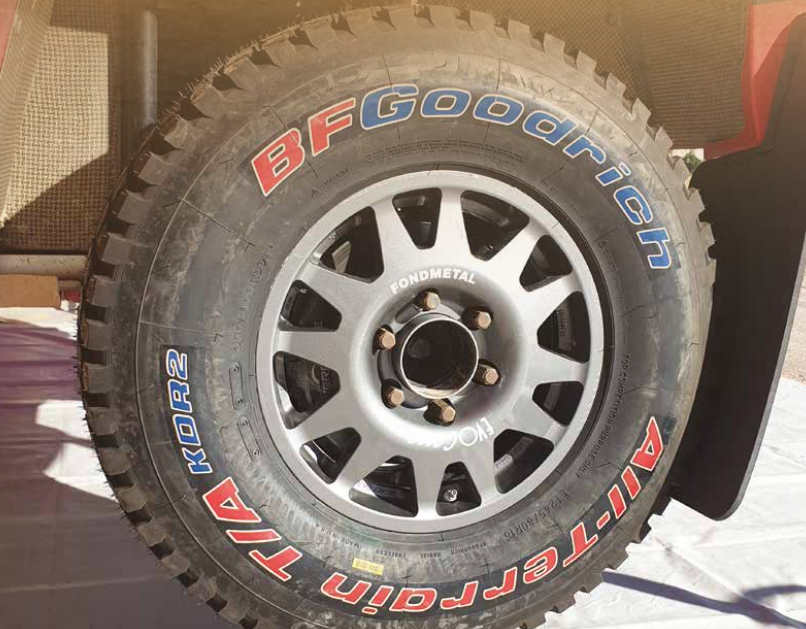 The stages will feature a great deal of soft sand and promise to be a big test of competitors’ concentration levels and the performance of their tyres. Once again, BFGoodrich says it has every intention of showcasing the exceptionally broad spectrum of conditions that can be taken in the stride of its tyres which were developed both for and in close association with the brand’s partners.

Grip, traction, steering precision, and resilience are the chief qualities that stem from the extremely exacting brief that was drawn up for its design, plus its resistance to wear and ability to clear loose sand when driving over dunes.

As ever when it comes to tyres, GFGoodrich says that the major difficulty was to make advances simultaneously in areas that may appear to contradict one another on paper, such as resilience and competitive performance.

For the 41st running of the Dakar, BFGoodrich will provide its partners with a tyre that is not only capable of matching the staggering variety of conditions teams can expect this month in Peru, but which is also designed for both two- and four- wheel drive cars and all types of driving style.

The BFGoodrich All Terrain T/A KDR2+ will be available in a choice of two compounds (soft and medium) and two sizes, namely 16 inches (245/80-16) for all-wheel drive vehicles and 17 inches (37/12,5-17) for two-wheel-drive buggies. Thanks to their unprecedented versatility, sand-clearance capacity and resistance to knocks, these tyres will enable BFGoodrich’s partners to hit the Dakar trail with complete confidence.

The BFGoodrich® All Terrain T/A KDR2+ in detail
First seen on the 2018 Dakar with a medium- compound tread, the BFGoodrich All Terrain T/A KDR2+ was developed in association with the brand’s partners to deliver uncompromising performance. To ensure the quality of the end result, an extensive test program was organized in different parts of the world, from South America to the United States and Africa.

A specific tread pattern
The tread pattern of the BFGoodrich All Terrain T/A KDR2+ features wide grooves, notably close to the shoulders, for efficient performance on mud and soft ground.

In addition to its relatively flat profile and bigger contact patch, the BFGoodrich All Terrain T/A KDR2+ has been significantly reinforced, making it especially robust on even the most punishing terrains, while the composition and flexibility of the rubber ensure maximum grip. As a consequence, its structural rigidity does not detract from either its handling characteristics or road holding ability.