Major logistics provider Grocontinental, part of the AGRO Merchants Group, has signed a three-year tyre management contract with Michelin that will see the two-time Motor Transport Haulier of the Year firm continue to fit Michelin tyres across its fleet of 180 truck and trailer assets until at least 2021. The contract covers all aspects of
Read More 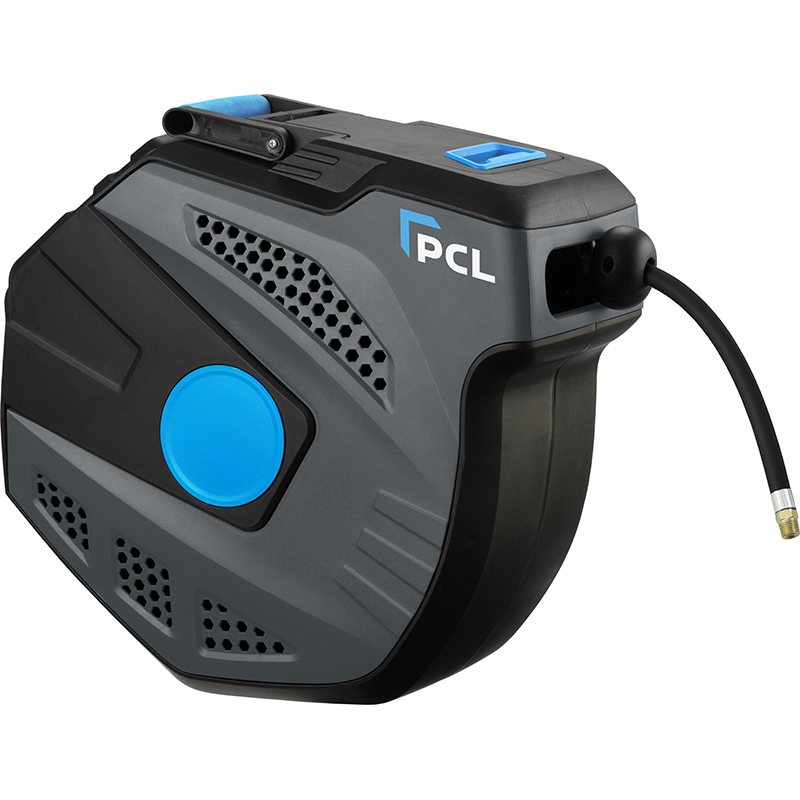 Pneumatics components Limited (PCL) launched its new Slow Retract Hose Reel at this years Automechanika Frankfurt. PCL is a world leader in the design and manufacturer of tyre inflation and compressed air products and says it Slow Retract Hose Reel comes with increased safety and is easy to install, use and maintain. The new product
Read More

Denis Naughten, the Minister for Communications, Climate Action and Environment is making €700,000 available to remove stockpiles of tyres from farms.  The collection dates for the removal of the stockpiles have been set. “I made €1million available in funding last year for local authorities to deal with the clean-up of existing stockpiles of tyres across
Read More

Congratulations to Gavin Leydon from Leydon’s Garage, an independent workshop in Swanlinbar, Cavan, for winning our second weekly prize in the run up to the Auto Trade EXPO. Gavin is the lucky winner of an Omega two tonne low profile trolley jack sponsored by TechPlus Ltd. The Auto Trade EXPO takes place at Citywest Hotel
Read More

Hunter has launched its new Revolution WalkAway tyre changer which offers 80 seconds of unattended bead breaking and demounting, meaning that technicians can perform other tasks such as wheel balancing while other tyres within a set are being demounted. With the new WalkAway tyre changer, Hunter estimates that the process of changing and balancing a
Read More

René Rast was the man of the weekend (September 8-9) at the iconic circuit in the Eifel Mountains. The Audi driver became the first man in the history of the DTM to not only win both races at a race weekend, but also to secure pole position for both races. While his advantage as he
Read More

Bedfordshire-based HE Payne has switched to a three-year all-Michelin price-per-kilometre (PPK) tyre contract for its 158-strong fleet of heavy trucks and trailers. The haulier wanted to streamline its previous policy which saw competitor rubber being fitted and turned to a Michelin Effitires policy as a one-stop-shop to supply, fit and manage its tyres. Owner Richard
Read More

When performance and control on all kinds of grounds is important, there is no better choice than a set of Apollo Vredestein Quatrac 5 all-season tyres.  Kidderminster Harriers Ladies FC player Lauren Wyatt knows how to get the most traction both on a football field and on the road. She took delivery of her Quatrac
Read More

Tyre brand Falken is increasingly well-known for its range of tyres for cars, trucks, vans and SUVs – but the company’s products are also relevant for ‘Modern Classics’, with tyres suitable for cars that are older than the 1983-founded brand itself. On Saturday, September 8, two staff members, driver Dennis Wilstermann and co-driver Evropi Dionysiadou,
Read More

Apollo Tyres has launched a brand-new winter tyre, the Apollo Aspire XP Winter, in response to sustained demand from the market. The new addition brings the tyre brand´s winter assortment up to 60 products, ensuring an optimal coverage of most popular sizes. The tyre will soon be available in 23 sizes. Kettering, 4 September 2018
Read More

More than 1,000 Michelin Tyre Pressure Management System Light Fleet kits will have been fitted throughout a number of major fleets by the start of 2019 by Bri-Stor Systems, a leading manufacturer of light commercial vehicle conversions and van storage in the UK. The Wheely-Safe-developed system, licenced by Michelin, is an intuitive, low cost, and
Read More