The 2013 Pirelli Calendar has been unveiled in Rio de Janeiro, Brazil.

The creator of the 40th edition of ‘The Cal’™ is Steve McCurry, one of the world’s most renowned photographers, who recounts the recent social and economic transformation of Brazil. His work celebrates the beauty and colours that characterise the South American country, which takes centre stage in the Pirelli Calendar for the third time, following Patrick Demarchelier’s 2005 edition and Terry Richardson’s calendar shoot in 2010. 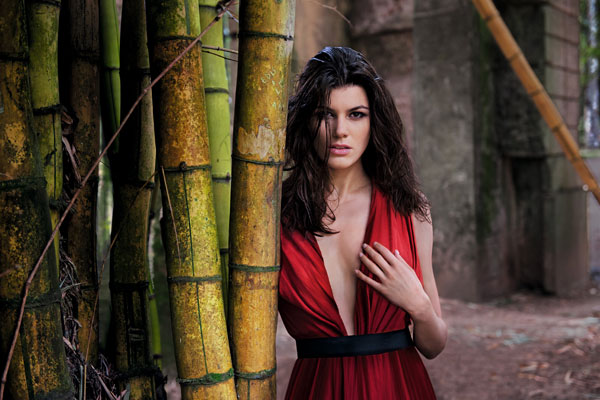 In the two weeks it took to shoot the Calendar on the streets and in the favelas of Rio, McCurry made one of his fascinating journeys of discovery, capturing the stories and experiences of people and faraway lands. The 2013 Pirelli Calendar tells its tales through faces drawn in graffiti and ordinary people, as well as through this year’s models whose common thread is a powerful commitment to charitable foundations and humanitarian projects.

“I tried to portray Brazil, its landscape, its economy and its culture, along with the human element,” said McCurry. “This was the story I wanted to tell through my lens. For me photography is an important expressive means to tell large and small stories of daily life.”

In the background of the Calendar, Rio is bustling with life, with its historic quarters like Lapa and Santa Teresa, its favelas, its bars and nightclubs, its markets, dance centres and gyms, its schools and bus stops. The city appears at its most authentic, very different from the usual stereotypes.

“I walked a lot through the streets, looking at all these moments of daily life and taking lots and lots of pictures,” added McCurry. “I look for the moment of passage, when the image reveals a bit of tension.”

The American, armed with his years of experience as a traveller and guided by innate curiosity, entered into the spirit of Rio and opened himself up to its people,. The Calendar alternates portraits of models and actresses with pictures of ordinary people: a young boxer working out, a fruit seller at the market, samba dancers, capoeira masters practising their art, a woman jogging, an art teacher, a tourist at a museum, a secretary looking out of a window, lovers walking together at sunset. These scenes of ordinary and not so ordinary life recount the evolution of a nation that is changing without losing its true nature and the traits that make it unique.

“I would say I am a street photographer doing ‘found situations.’ You can photograph nudes anywhere. But these models are clothed, and each of them has her own charity. They are purposeful and idealistic people. So I wanted to photograph them in a special place, and Rio was perfect for this,” McCurry concluded.

There are 34 colourful images in the 2013 Pirelli Calendar, bound together in a calendar-book: 23 portraits of actresses and models, nine images depicting bits and pieces of daily life, and two pictures entirely composed of graffiti and murals. These are an evocation of popular artistic expression that attracted McCurry’s attention with their ability to reflect the social aspects he was interpreting, and became the background in many photographs.